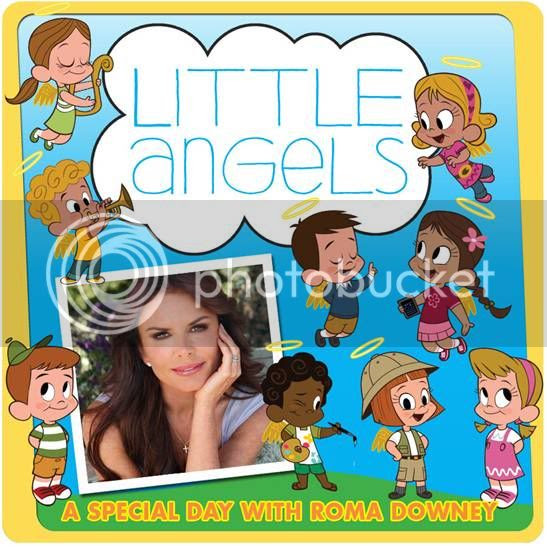 Snacks will be served
Join Roma as she showcases her brand new educational series for pre-schoolers.

Activities include:
~ Preview Scenes from “Little Angels” with Roma ~
Question and Answer with Roma
~ Children’s Play Area with Fun Activity Sheets and More ~

Roma Downey is an actress, author, and producer ((best known for her beloved role as Monica on “Touched by an Angel") Her growing popularity led to her notable role as American icon Jackie Kennedy Onassis ("Jackie O") in the Emmy Award Winning miniseries, "A Woman Named Jackie."Additionally, Downey has both executive produced and starred in multiple hit movies for CBS television, most notably "Borrowed Hearts,” "Monday After The Miracle," "A Secret Life," "The Sons of Mistletoe" and "The Survivors Club."Downey hosted "It's a Miracle" for the PAX Network, an uplifting and inspiring talk show devoted to the exploration of real life miracles. She has guested on Oprah, Leno, Letterman, Conan, Regis and The View and she has graced the cover of countless publications, and was honored with being named one of People Magazines "100 Most Beautiful People."

Little Angels are a DVD series in which preschoolers learn the basics like the ABC’s in the context of Bible stories told to preschool twins in their bedrooms by little angels who come down from a painting of Heaven on their ceiling. At the end of each lesson, Roma Downey has an informational chat with the parents about how to complete the character lesson, for example to encourage children to complete their chores or help them overcome irrational fears. Pre-school twins Alex and Zoe are belessed to have eight Little Angels watching over them – literally! These Little Angels live on the ceiling of their bedroom, painted there so they are the first things the kids see when they wake up in the morning and the last thing they see before they fall asleep at night. The angels come to life when the children need them the most, helping guide them through the challenges of their young lives.

Come down if you have a chance I will see you there.
Share: