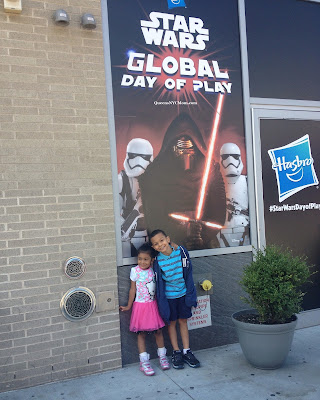 If you haven't heard, Star Wars has a new movie coming out this December, Star Wars The Force Awakens.  In honor of this movie, a new line of Star Wars toys has hit stores.  I was invited to Hasbro's new line of toys for Star Wars.  My husband is a big Star Wars fan and has all the movies. My son is now hooked because of him.   It was awesome when the doors opened to this event and out walks Darth Vader, Storm Troopers and company. 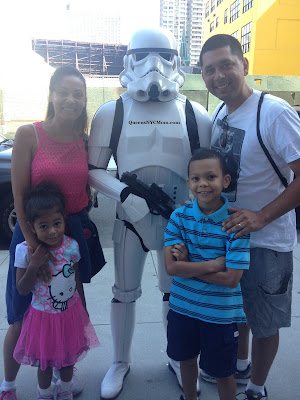 My kids and husband were all giddy with enthusiasm when they all walked out.  Once we stepped inside, it was a child's playground heaven.  We walked up to a table with the new action figures and light-saber from the movie. My son didn't want to move on he wanted to play with them all. 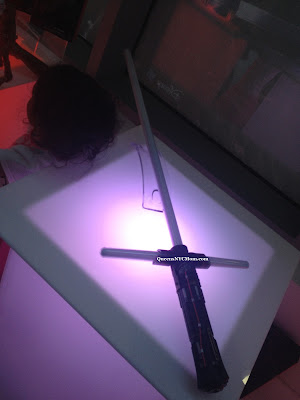 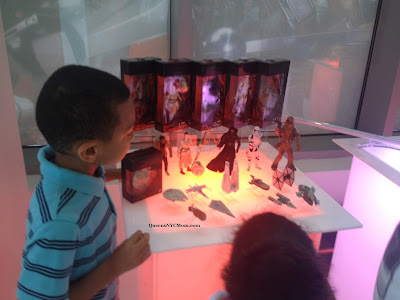 Next we moved to the Nerf table.  My husband had to take a picture with the Ewok and StormTrooper.  My son, is holding the Star Wars Nerf First Order Stormtrooper Blaster toy. 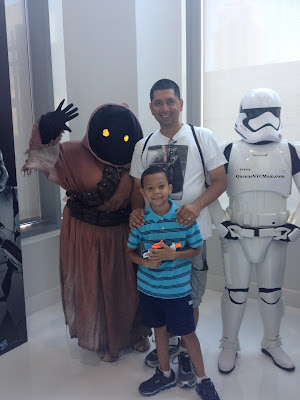 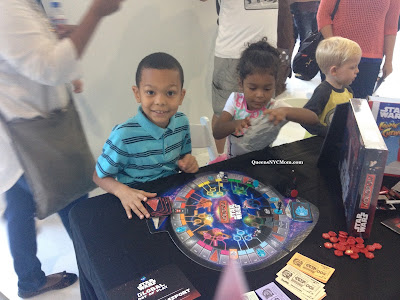 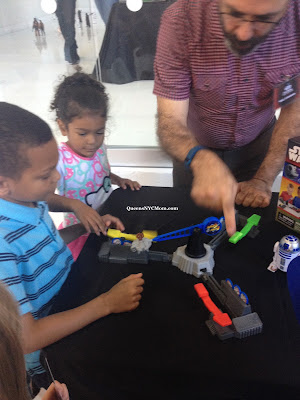 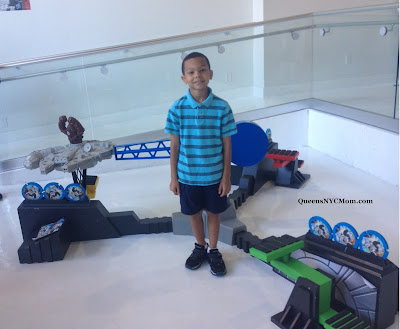 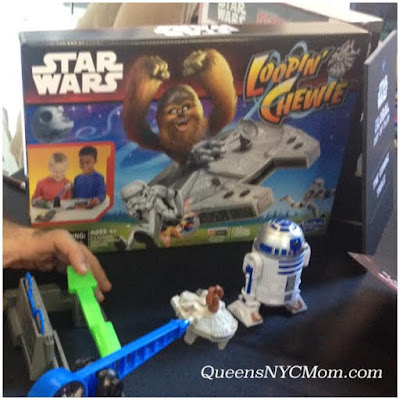 We then moved onto the Star Wars Hero Masher table.  This is a new toy that you can swap out body part for others.  My daughter and I made Darth Vader and my son made another mix match figure. 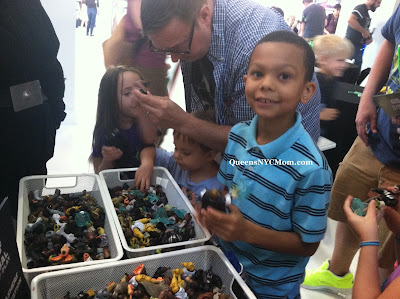 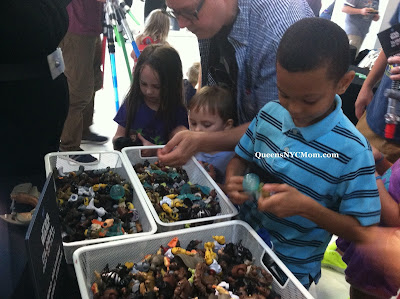 We saw a demo of the Star Wars TFA Remote Control BB-8.  This toy pictured below had both of my kids jumping at the chance to play with it. 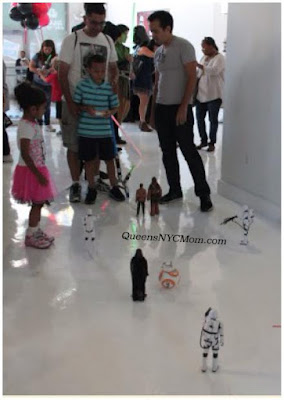 We got to play with  planes and action figures at this loading dock table.  My husband even got in on the fun.  Big kid at heart.  He loved the aircraft he had in his hand.  I see a Star Wars Xmas this year. 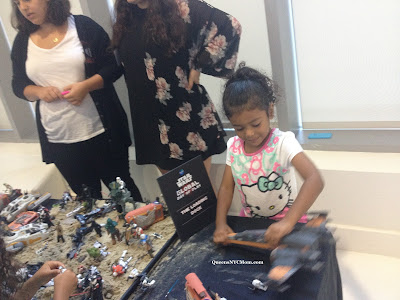 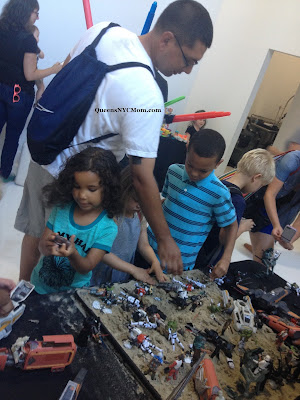 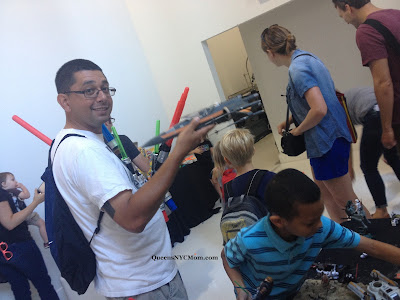 The last table that I got to view was for toddlers.  It showcased Star Wars Play Doh and Mr. Potato Head.  My daughter didn't want to leave this table.  The Play Doh had bright colors and she had fun mashing it and making impressions.  I loved the Star Wars Mr. Potato Head.  It is really good for children who have weak motor hand skills.  This builds strength in there hands. 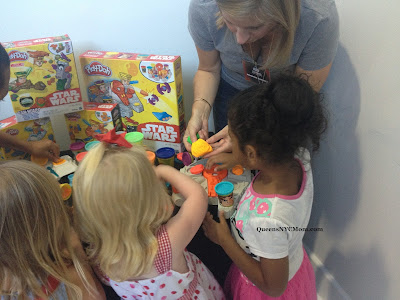 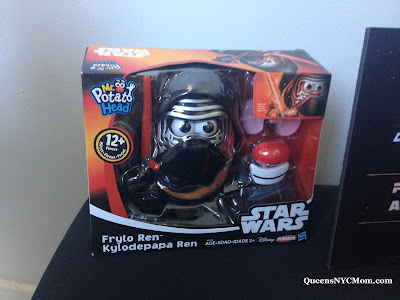 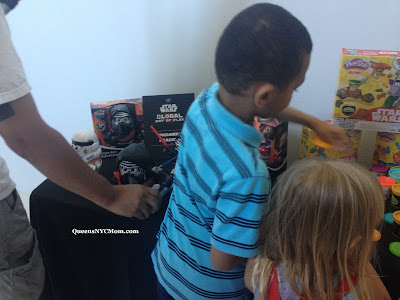 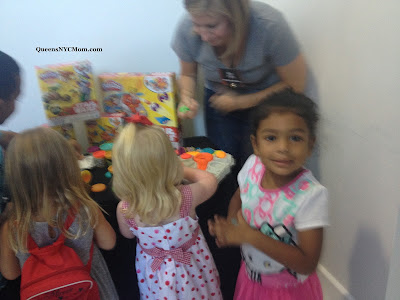 My family had a blast and we took several pictures with Darth Vader.  We also got to make Light-Saber and took them home.  Thanks Hasbro we had a blast.  This new line of Star Wars can be purchased at Target, ToysRUs, Kohl's, Kmart, Walmart, Walgreens, Amazon, Walgreens, Sam's Club, and Costco. 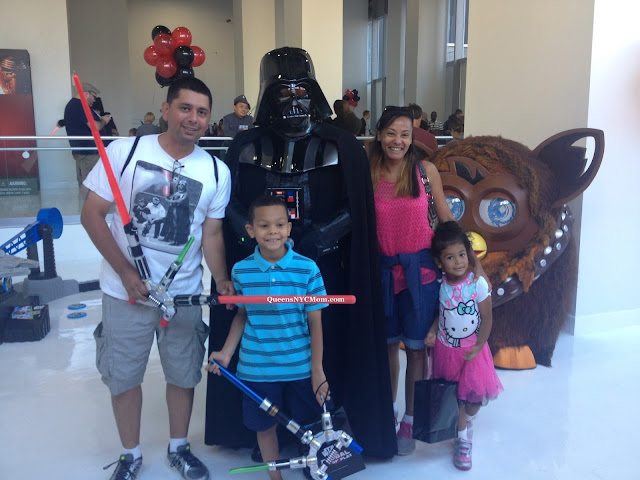 Disclaimer: I was invited to the Hasbro Star Wars event.  My family interacted with the new line of Star Wars products.  I received some product free for attending this event.  QueensNYCMom always provides honest opinions, beliefs or experiences on products reviewed.  This is my personal experience using this product and is my own. We will only recommend products or services that we feel are of benefit to our readers. The disclosure is done in accordance with the Federal Trade Commission 10 CFR, Part 255 Guides Concerning the use of Endorsements and Testimonials in Advertising. If you have a product and/or want to sponsor a giveaway email Anita at QueensNYCMom(at)gmail(dot)com.