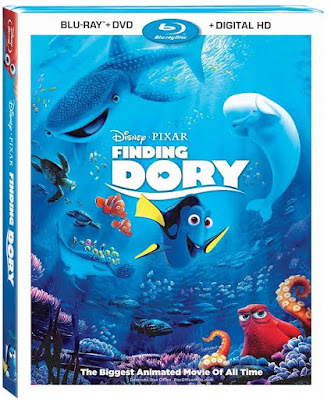 Finally coming to Digital HD and Disney Anywhere today is #FindingDory and on Blu-ray on November 15, 2016.  You remember Dory helping Marlin, dad, find Nemo.  Well, now it's Dory's turn to find her parents. Come along for the journey and discovery  “home is where the heart is.”

My family and I cannot wait to have family movie night and watch #FindingDory.  Shhhh, don't tell me how it ends as we want to find that out for ourselves.

Win it!!! One of my readers will win their own Digital Code Card to download Finding Dory.

Rules: Giveaway begins on 9/7/16 at 12:01 am EST and ends on 9/13/16 at 11:59 pm EST. You can enter this giveaway using Gleam. NOTE this is for the digital code card not dvd. One winner will be chosen and that person has 48 hours to respond to my email.  If you do not respond within 48 hours a new winner will be chosen. Must be 18 years of age or older to enter and all entries will be verified. For comments you must leave a name not unknown or anonymous for verification. The prize will be shipped directly from the sponsor. Queens NYC Mom is not responsible for lost or stolen prizes  This promotion is in no way sponsored, endorsed or administered by, or associated with Facebook, Twitter, Pinterest, Instagram, LinkedIn, G+ or Blogger or any other social media. 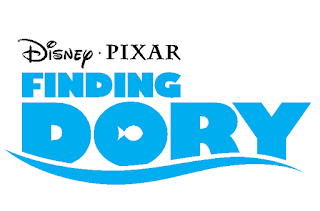 The Much-Anticipated Summer Blockbuster
Swims Home on Digital HD on Oct. 25 and Blu-ray™ on Nov. 15

Dive deep into the kelp to find out more about the making of the film with extensive extras
featuring the creative talent of Pixar and the all-star cast!

BURBANK, Calif., Sept. 8, 2016 — The much-anticipated summer blockbuster, Disney•Pixar's “Finding Dory,” swims home just in time for the holidays on Digital HD and Disney Movies Anywhere (DMA) on Oct. 25 and on Blu-ray 3D™, Blu-ray, DVD and On-Demand on Nov. 15. Viewers can watch Dory’s hilarious and heartwarming quest to find her family and continue the underwater adventure with hours of immersive bonus features.

The film’s playful and plentiful bonus offerings include “Piper,” the theatrical short film starring an irresistible sandpiper hatchling; an all-new mini short featuring interviews with Dory’s pals from the Marine Life Institute; a behind-the-scenes look at the most challenging character Pixar has ever created; never-before-seen deleted scenes, including a digital exclusive featuring the Tank Gang from “Finding Nemo” who make it their mission to get Marlin and Nemo to the Marine Life Institute; and much, much more.

Thirteen years after the original, audiences get a new chapter in the story of their favorite forgetful blue tang. As returning director Andrew Stanton describes, “I realized that I was worried about Dory. The idea of her short-term memory loss and how it affected her was unresolved. What if she got lost again?” His response is a touching tale of friendship and family that’s truly unforgettable … perhaps even for Dory.
Bonus features include*:
Blu-ray 3D, Blu-ray & Digital HD:
·                   Theatrical Short: “Piper” – A hungry sandpiper hatchling ventures from her nest for the first time to dig for food by the shoreline. The only problem is that the food is buried beneath the sand where scary waves roll up onto the shore.
·                   Marine Life Interviews (All-New Mini Short) – Meet the inhabitants of the Marine Life Institute as they remember our favorite blue tang.
·                   The Octopus That Nearly Broke Pixar – Pixar’s “Team Hank” unravels the challenges, frustrations, and rewards of bringing to life the studio’s crankiest and most technically complicated character ever.
·                   What Were We Talking About? – This piece showcases the complex routes Dory’s story took as the filmmakers worked to construct a comprehensive narrative involving a main character with short-term memory loss.
·         Casual Carpool – What’s it like to commute with the voices of Marlin, Charlie, Bailey and Hank? Join “Finding Dory” writer/director Andrew Stanton as he drives Albert Brooks, Eugene Levy, Ty Burrell and Ed O’Neill to work.
·         Animation & Acting – How do you create a connection between a human audience and a fish? This behind-the-scenes look behind the curtain examines the process of constructing believable performances through a unique collaboration between the director, voice actors and animators.
·                   Creature Features – The cast of “Finding Dory” share cool facts about the creatures they voice in the film.
·                   Deep in the Kelp – Disney Channel’s Jenna Ortega guides us on a research trip to the Monterey Bay Aquarium to show how far the “Finding Dory” crew went to make Dory’s world feel real.
·                   Skating & Sketching with Jason Deamer – “Finding Dory” character art director Jason Deamer talks about how he got to Pixar, how he draws the characters in the film, and how falling off a skateboard teaches you lessons you can use in art and life.
·                   Dory’s Theme – A spirited discussion among the composer, music editor and director of “Finding Dory” about the musical elements that shape Dory’s quirky and joyful theme.
·                   Rough Day on the Reef – Sometimes computers make mistakes. Here you’ll see some of the funny, creepy and just plain bizarre footage the crew encountered while making “Finding Dory.”
·                   Commentary – Director Andrew Stanton, co-director Angus MacLane and producer Lindsey Collins deliver their personal perspective on “Finding Dory.”
·                   Deleted Scenes (introduced by director Andrew Stanton)
o    Losing Nemo – While watching the stingray migration, Dory starts to follow two fish that remind her of her parents, leaving Nemo all alone.
o    Little Tension in Clown Town – In this alternate version of the film, Dory tries to "follow her fins" to her parents, but ends up in a strange place with even stranger fish fashion.
o    Dory Dumped – In this early version of the story, Dory's parents had short-term memory loss as well.
o    Sleep Swimming – Dory begins to talk and swim in her sleep, revealing what seem to be clues to her past.
o    Meeting Hank – Wandering the Marine Life Institute's elaborate pipe system, Dory happens upon the abode of Hank the cranky octopus.
o    The Pig – Frantically navigating the pipes of the Marine Life Institute in search of her parents, Dory crosses paths with a terrifying cleaning device.
o    Starting Over – Director Andrew Stanton presents four different versions of the movie’s opening scene to illustrate the filmmakers’ search for the best way to introduce Dory’s backstory and to connect this new film to “Finding Nemo.”
o    Tank Gang (Digital exclusive) – After a close encounter with a squid leaves them separated from Dory, Marlin and Nemo unexpectedly meet up with the Tank Gang from “Finding Nemo,” who make it their mission to get to the Marine Life Institute … by any means necessary.
o    Hidden Seacrets of Finding Dory (Digital exclusive) – Take a deep dive to catch secret Easter Eggs throughout the movie.  And just like Hank, they’re hidden in plain sight.
DVD:
·         Theatrical Short: Piper & Commentary

From the Academy Award®–winning creators of Disney•Pixar’s “Finding Nemo” (Best Animated Feature, 2003) comes an epic undersea adventure filled with imagination, humor and heart. When Dory, the forgetful blue tang (Ellen DeGeneres), suddenly remembers she has a family who may be looking for her, she, Marlin (Albert Brooks) and Nemo (Hayden Rolence) take off on a life-changing quest to find them … with help from Hank, a cantankerous octopus; Bailey, a beluga whale who’s convinced his biological sonar skills are on the fritz; and Destiny, a nearsighted whale shark. Bring home the movie overflowing with unforgettable characters, dazzling animation and gallons of bonus extras.

COMPLIMENTARY AUDIO ACCESSIBILITY FEATURE FOR THE BLIND:
Pixar Animation Studios offers a free audio description feature for low-vision and blind audiences on all of its titles currently available on Disney Movies Anywhere (DMA). Consumers need to have a Disney Movies Anywhere App downloaded onto an iPhone® or iPad® running iOS 8 or above in order to use this technology.

Audio descriptive narration provides visually impaired audiences with the unique experience of being able to enjoy watching/listening to a film alongside their family and friends. Key visual elements of the film are inserted as an audio guide to help low-vision viewers get a more comprehensive understanding of the film.   These key visual elements include actions, costumes, gestures, facial expressions, scene changes, and onscreen text.  The fact that the narration track can sync with the movie as it plays in the background is a new feature for the Disney Movies Anywhere App and one that greatly enhances existing technology.  For more information, consumers can visit https://www.disneymoviesanywhere.com/support#14484ort#14484